A word from the minister

Annual International Zhautykov Olympiad is one of the most prestigious educational events held in Kazakhstan. Talented contestants from more than fifteen countries tackle sophisticated problems in mathematics, physics, and computer science while collaborating in teams, thereby inspiring a healthy competitive atmosphere during the Olympic week. It deeply pleases me that this international camaraderie of gifted individuals will take place at the National School of Physics and Math, where I myself had three unforgettable years of intellectual and personal fruition.

Considering the fact that the world of new technologies is rapidly developing, the three areas of IZHO (mathematics, physics, and computer science) offer the participants a wonderful opportunity to increase their interest in research activities and intensify their desire to make a significant contribution to innovative technological progress.

Over the years the program of the Zhautykov Olympiad has become increasingly active, with the number of participants growing from every corner of the globe. For this reason, we are very honored to support the organizing committee of the Olympiad and wish all the competitors and their coaches success and an unforgettable stay in our home of Kazakhstan! 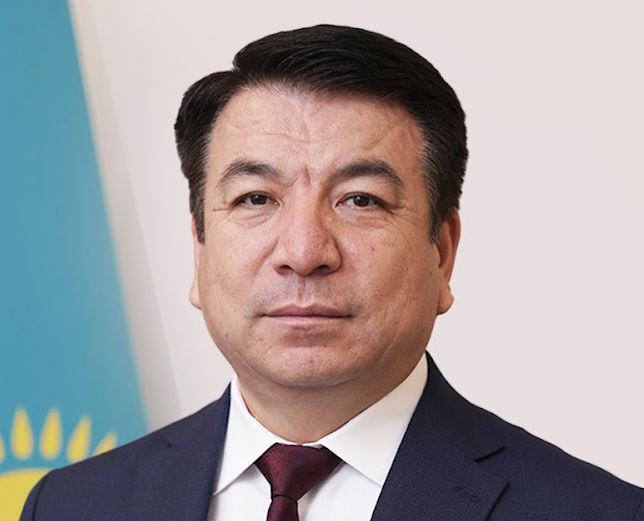 The International Zhautykov Olympiad in Mathematics, Physics and Computer Science was first held in 2005 with 189 representatives, comprising 17 teams, participated from among specialized schools in Russia, Armenia, Kyrgyzstan, Kazakhstan and Turkey.

The Olympiad is unique because each participant is part of a team, thereby receiving awards in a collective setting. which motivates each to struggle not only for their individual results, but to defend the honor of the whole team and the country they represent. This approach is a monumental incentive for the competitors and their coaches to work more diligently on their team results.

The Olympiad is conducted each year at the National School of Physics and Mathematics Almaty, establishing a high standard of global scope. IZhO is an ambitious international project in Mathematics, Physics and Computer Science that engages teams from specialized schools from different countries.

The dual aim of the Olympiad is to promote the sciences in Physics and Mathematics among schoolchildren by encouraging international teamwork among specialized schools around the world and to exchange experiences of organizing and conducting Olympiads. The implementation of the project also provides an excellent opportunity to show the caliber of education in Kazakhstan and to familiarize the participants and guests with the national culture.

The Olympiad is held by Fizmat Almaty together with the Republican Scientific-Practical Center "Daryn", which is supported by the Ministry of Education and Science of the Republic of Kazakhstan, Al Farabi Kazakh National University and International IT University.

The motto of the Olympiad ,“Great friendship through collaboration in Physics and Mathematics,” inspires a welcoming atmosphere, a healthy rivalry, and cross-cultural solidarity.

The distinguishing aim of the Olympiad, since 2006, has been to identify top STEM schools.

The Grand-Prix winners of the Olympiad were: the Belorussian State University team in 2006; the Tudor Vianu National High School of Computer Science team from Romania in 2007; the Advanced Educational Scientific Center team from Kolmogorov’s boarding school of Moscow State University in Russia from 2008 - 2014; Fizmat Almaty team from Kazakhstan in 2015; the School № 1329 team from Moscow, Russia in 2016 - 2017; the Lyceum #31 team from Chelyabinsk, Russia in 2018 - 2019; Mathematical Grammar School, Belgrad, 2020; International Computing High School of Bukharest 2021. 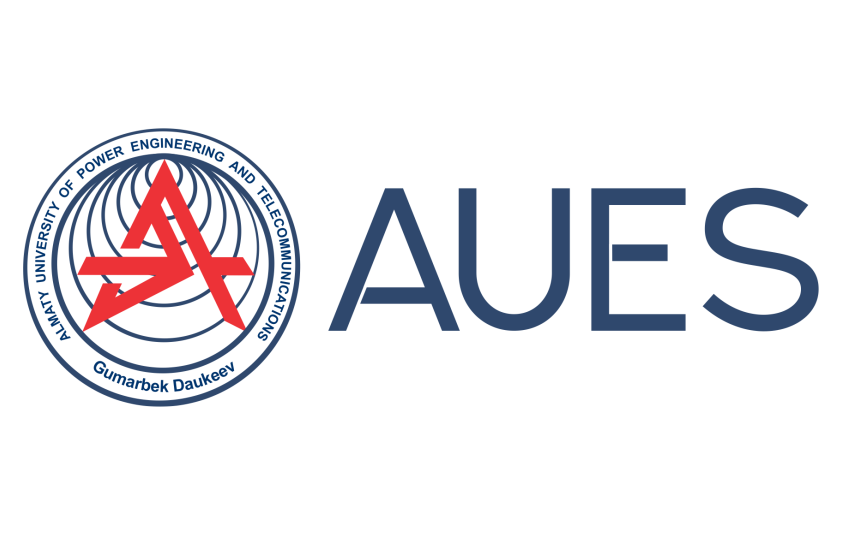 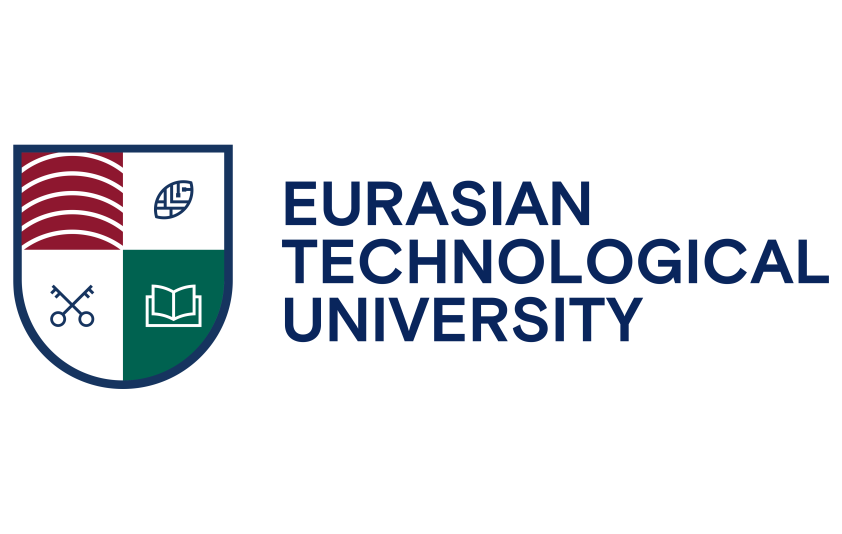 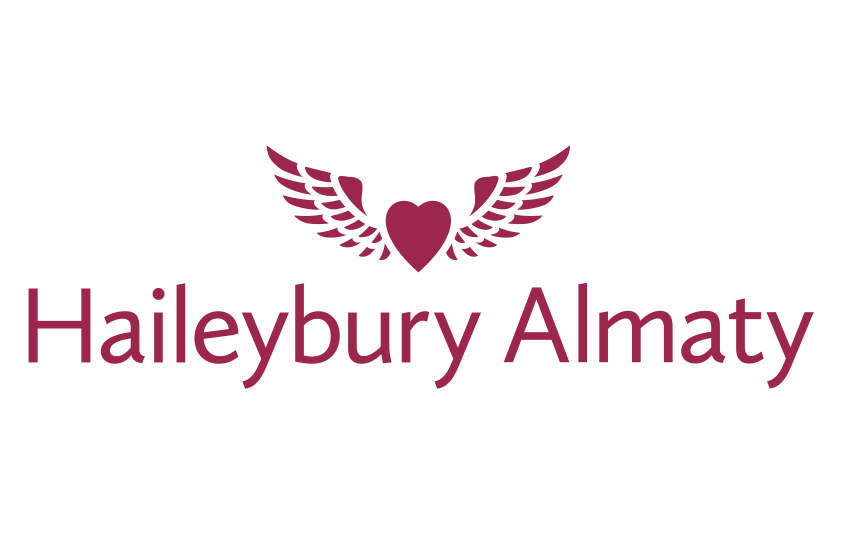 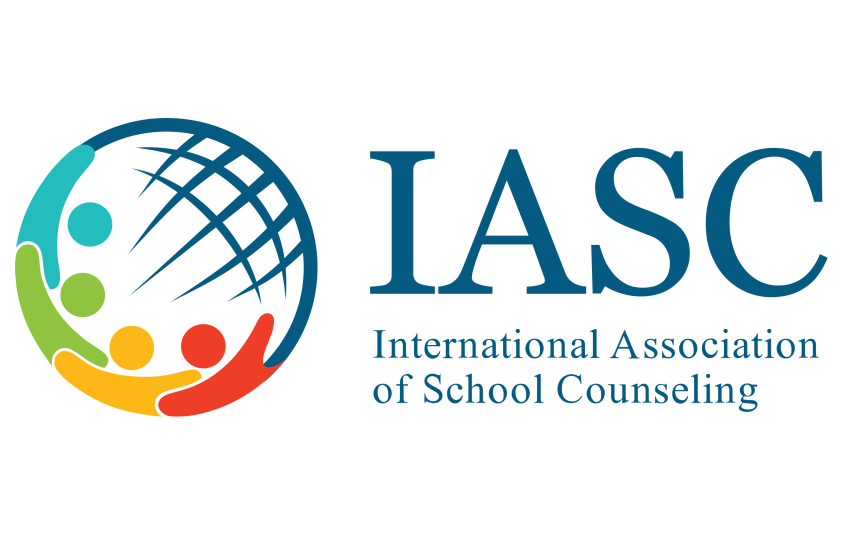 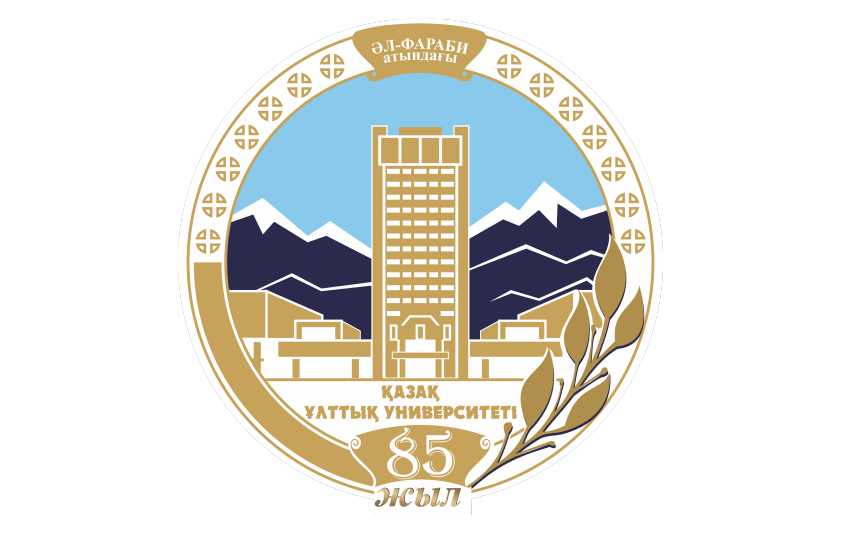 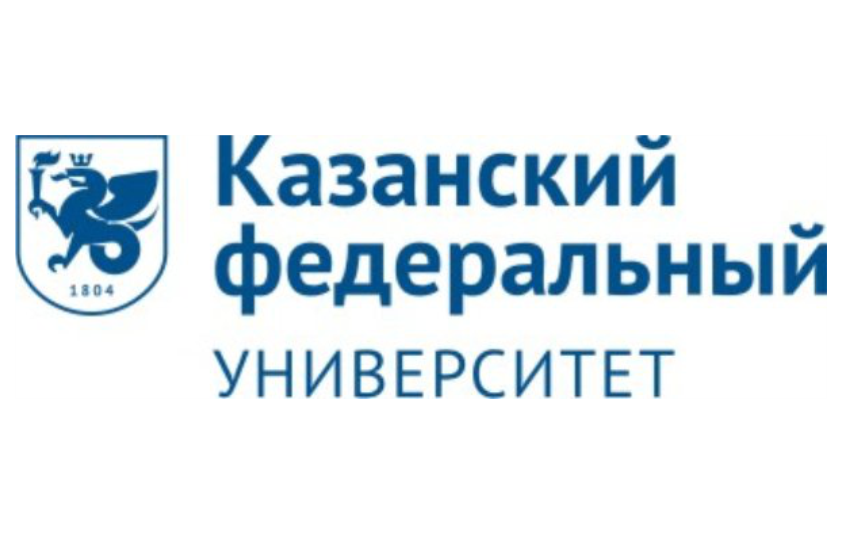 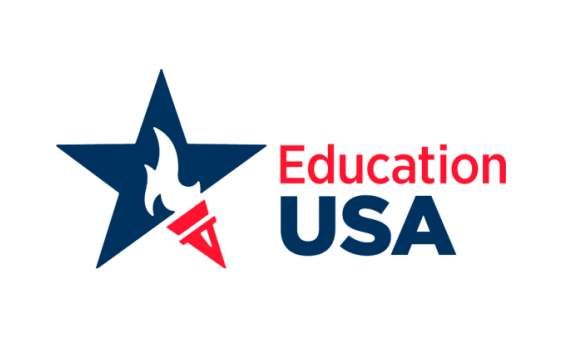 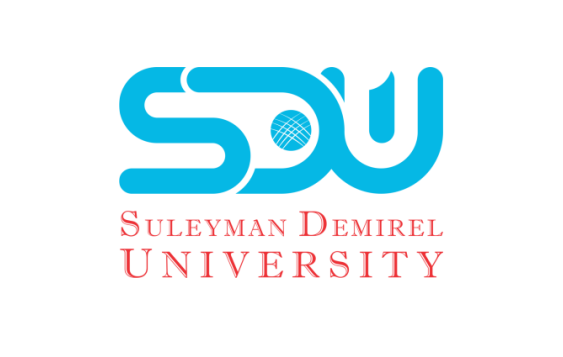 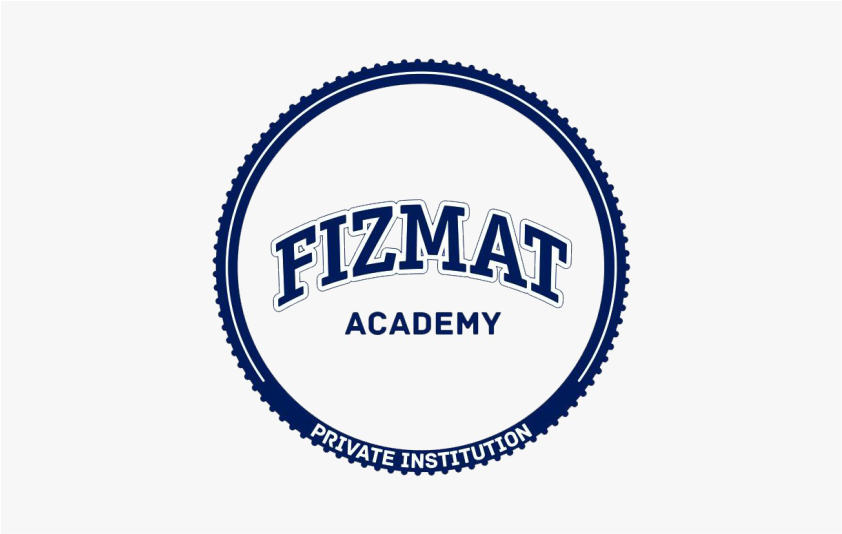 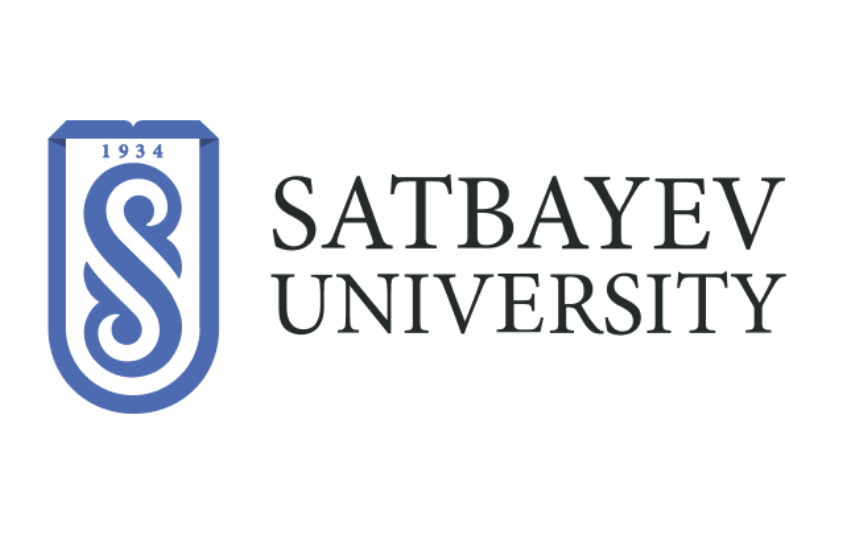 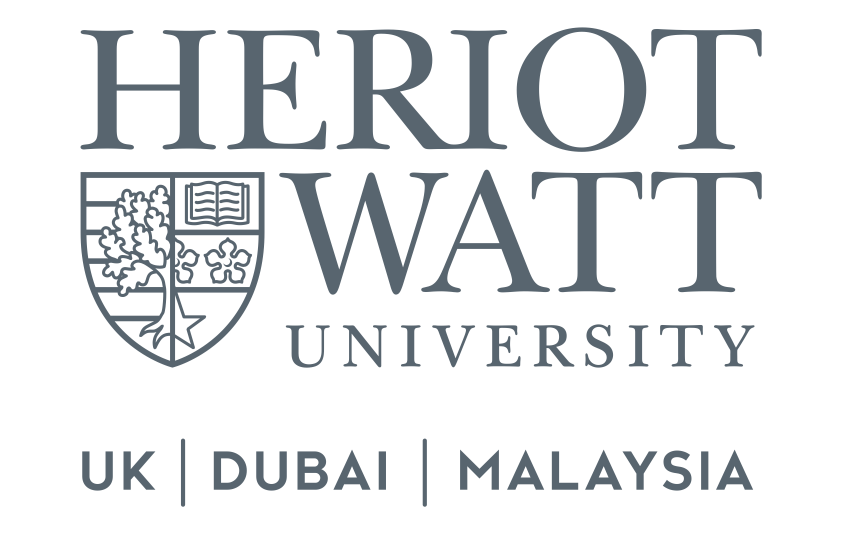 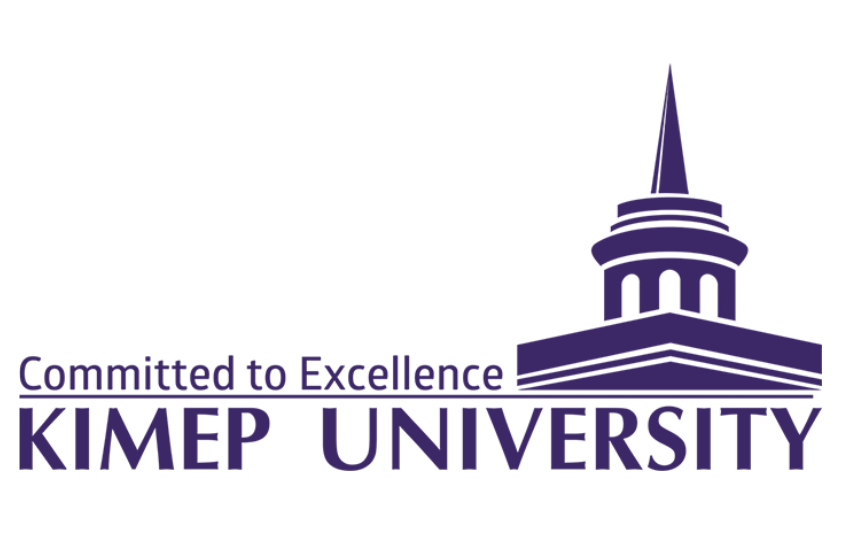 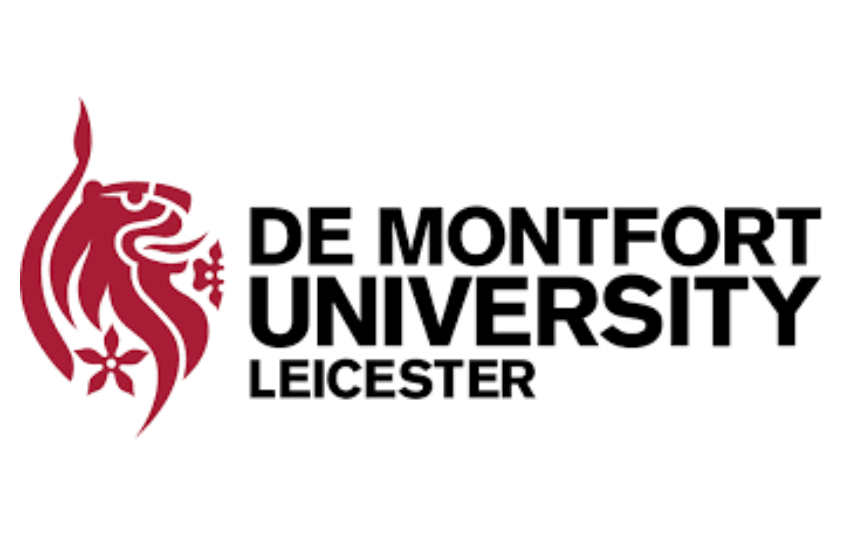 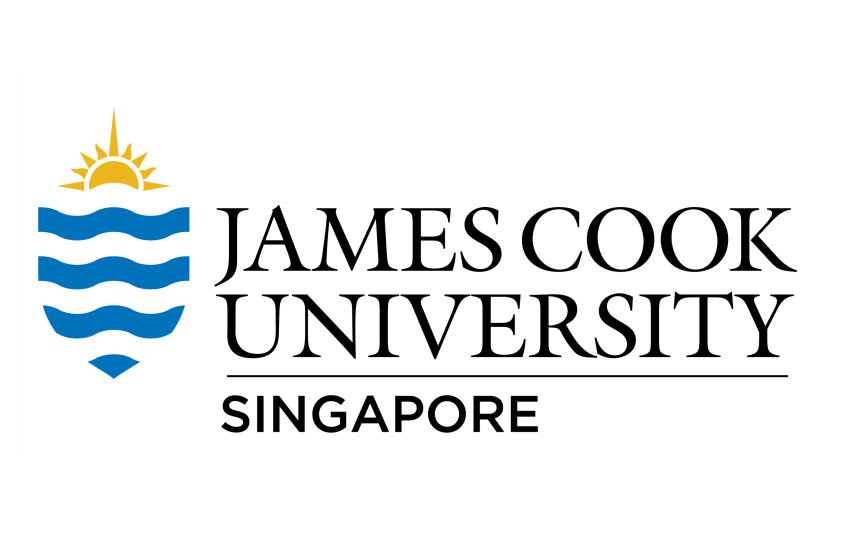 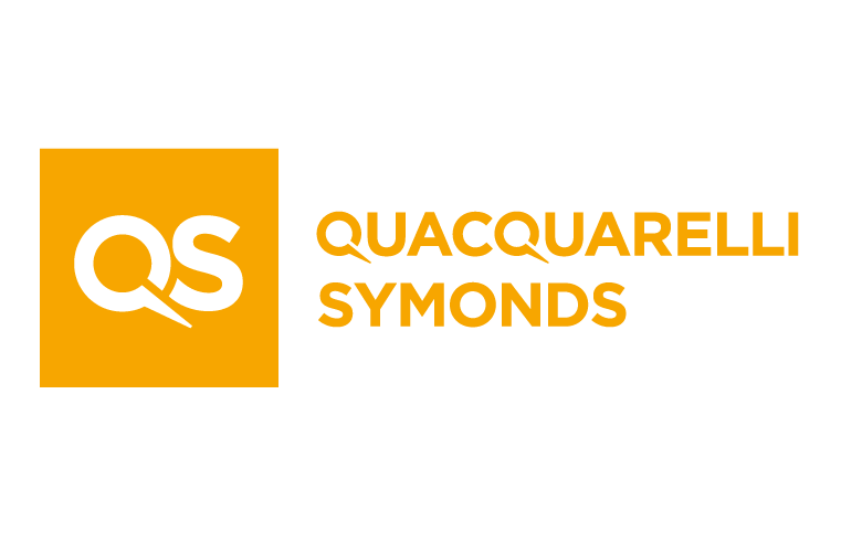 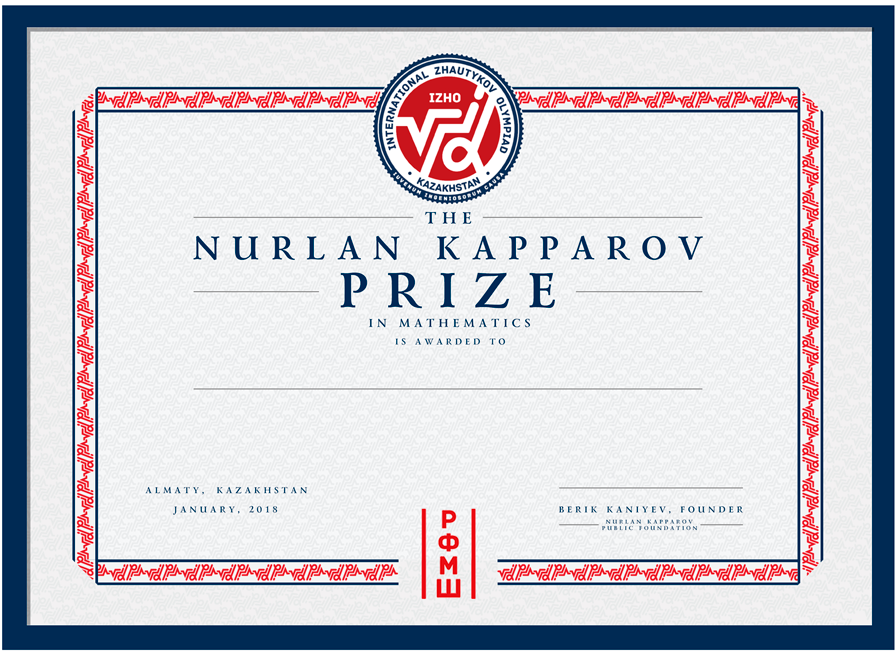 Nurlan Kapparov was a prominent Kazakhstan statesman, a bright entrepreneur and a philanthropist.

Having served his country for four years, in 2001 Nurlan Kapparov was accepted at the John F. Kennedy School of Government at Harvard to study for a Master’s in Public Administration. On his return to Kazakhstan, in 2003 Nurlan Kapparov and his close friends founded Lancaster Group, a Kazakhstan-based holding company operating across different sectors such as oil and gas services, mining, pharmacy, infrastructure, financial services and real estate.

Following the success of Lancaster Group, Nurlan Kapparov was invited again for a Government position. In 2012 he took the post of Minister of Environmental Protection and Water Resources. Nurlan used his considerable political and diplomatic skills to make Kazakhstan a leader in environmental policy. Later, in 2014 Nurlan was appointed CEO of KazAtomProm, the national nuclear holding company.

Nurlan Kapparov was a leader who inspired his peers, partners and friends. He was also known for his commitment to charity and philanthropy. Nurlan Kapparov paid particular attention to the youth and their education. As a graduate of the National School of Physics and Math (Fizmat), he co-founded the Fizmat Alumni Fund in 1999 and was its long-time contributor. He believed that the talented children of his country should receive quality education, and the support of such children and the school would be the best investment for Kazakhstan. The Fund helped finance the participation of students in Olympiads, provide money rewards for the winners, as well as financial support for the distinguished teachers.

In 2003 upon his return from Harvard, Nurlan Kapparov founded the Harvard Club of Central Asia (HCCA), aimed at bringing together Harvard graduates from the region. With his assistance the HCCA started scholarships for local students to attend the institution and provided guidance on admissions. In honor of Nurlan Kapparov and his legacy at Harvard, his friends and family established The Nurlan Kapparov Fellowship at the John F. Kennedy School of Government. For a generation of talented young people, Nurlan became the bridge that made the previously unthinkable prospect of getting into this world-ranking university a reality. 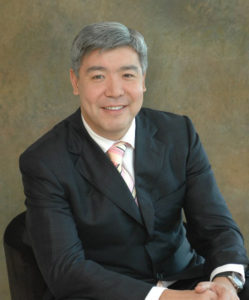 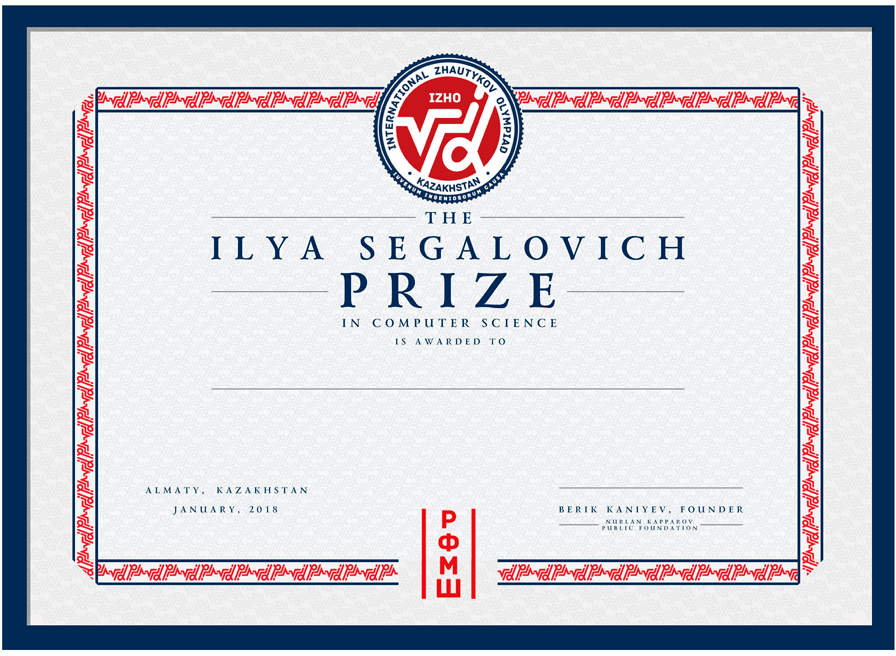 Prize in memory of Iliya Segalovich

Ilya Segalovich was one of the founders and the director of  Yandex Company Technologies Department (since 2000).

Ilya Segalovich had started to work on search engines technologies in 1990 in Arkadiya Company where he led a team which worked on software programming. In the period of 1993-2000 he was a head of search engine department in CompTek International. In 2000, Ilya Segalovich left the CompTek International and became the technologies and development director at Yandex Company. Besides Ilya rendered his great assistance in establishing National Corps of Russian Language (Ruscorpora) and Russian Seminar in Assessment of Information Search Methods. Furthermore, Ilya is one of the founders of "Maria's Children" Rehabilitation and Arts Center. 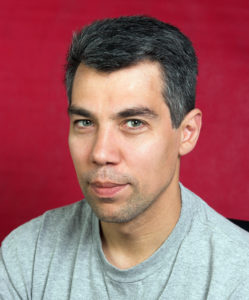 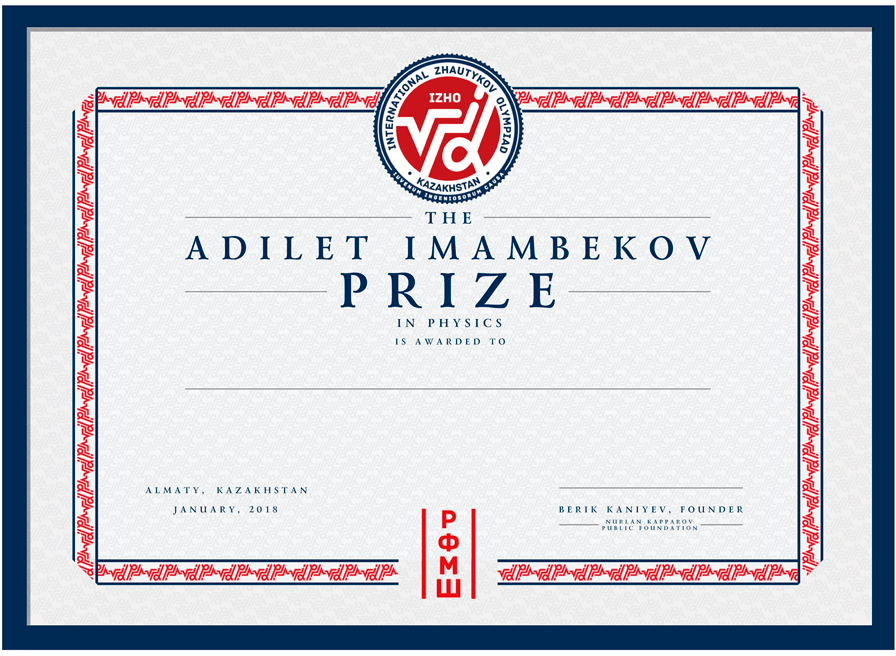 Prize in memory of Adilet Imambekov

Adilet Imambekov was born on September 2, 1981 in Taraz in a family of young local university lecturer. In 1984 his family moved to Almaty and in 1988 Adilet started his first studies in secondary school #7 in Alatau village (Nuclear Physics Institute). In 1996 Adilet was admitted to MSU Kolmogorov Physics and Mathematics School (AESC MSU), and graduated from it in 1998 with distinction. In the same year, he participated and was awarded with gold medal in International Physics Olympiad in Reykjavik, the capital of Iceland. After graduating from high-school he was admitted to Moscow Institute of Physics and Technology (MIPT) without admissions examination. During his studies Adilet actively participated in social life of the institute, serving as Students Government Senator. Adilet participated in organizing All-Russian Physics Olympiad and trained Russian students for participation in International Olympiad. In 2002 he graduated from MIPT with distinction and received offers to continue his studies in 5 top universities (Harvard, MIT, Stanford, Berkeley, Caltech). He decided to proceed with his studies and researches at Harvard for the next 5 years (2002-2007). Adilet was the very first Kazakhstani physicist who was recognized in scientific international arena. His works were published in such high-ranking journals as Nature, Science, Annal in Phys., Phys. Rev. Lett., Phys., Rev, and etc. Moreover, his works were distinguished by prestigious awards and scholarships: Landau Award, Parcell Fund Scholarship (Harvard University), Alfred P. Sloan Foundation Scholarship, and NSF Career Award that is supported by the US President and given to a limited number of young scientists.

In addition to being a remarkable young scientist, Adilet was also a seasoned sportsman and a tough marathoner, triathlete, and a mountaineer. On a regular basis he participated in annual New York, Boston, Austin and other marathons. In April 2012, participating in Texas IRONMAN program, he became an overall winner with 11 hours and 52 minutes result. Adilet alternated his scientific work with his hard trainings, and dedicated his summer holidays for conquering mountains. He participated in Alaska, Tian Shan, Pamir, and Himalayas expeditions. Adilet ascended to Mont Blanc Peak (4810 m), McKinley (6190 m), Muztagh Ata (7546 m). Tragically, he passed away in July 2012, during his expedition to Khan Tengri peak.

His short, but extremely bright life shined like a fireball. Adilet’s story can serve as a guidance for children who decided to devote their lives to develop science and to lead a healthy lifestyle. 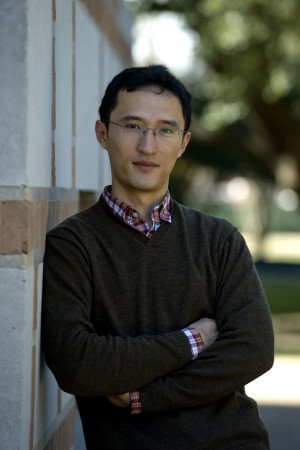 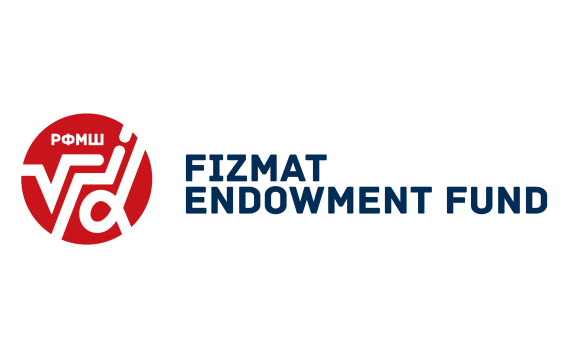 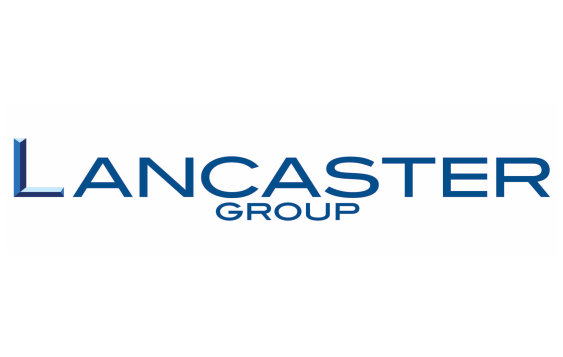 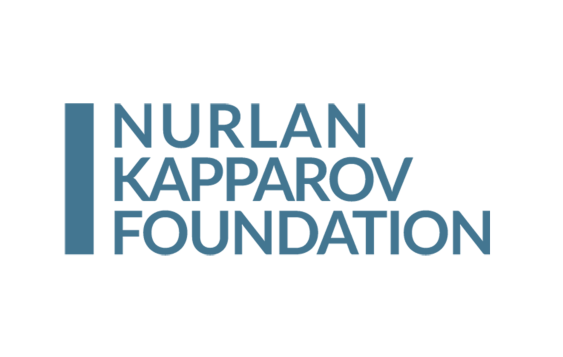 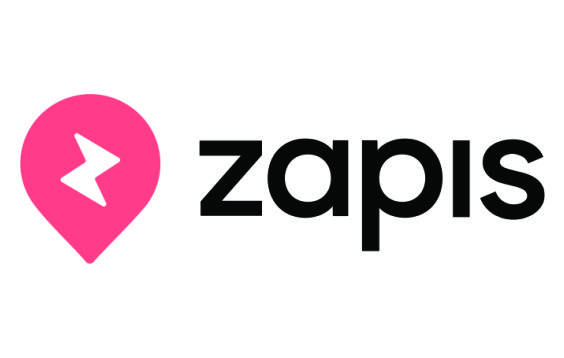 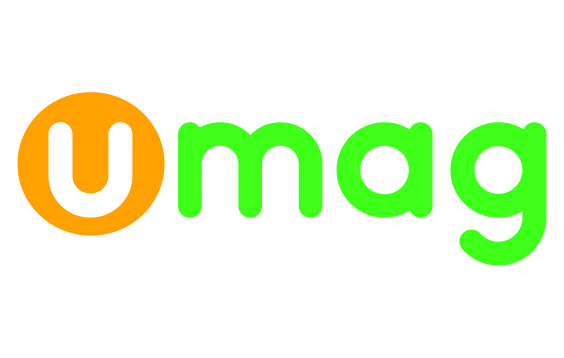